Dissecting A Conspiracy Theory on WUWT

The fake sceptics are getting frazzled.  Their paranoia is getting the better of them. 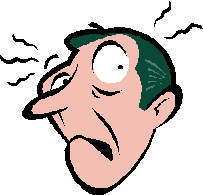 I wrote before about the conspiracy ideation of Anthony Watts and Brandon Schollenberger in regard to a survey being conducted by John Cook of the University of Queensland (well known for his award-winning website SkepticalScience.com).  The Auditor got hot and bothered over it too, suggesting people scam the survey. (Some of the obsessives are even dissecting and analysing and second-guessing the programming of the internet survey.)  Now Alec Rawls is jumping into the fray on WUWT.  His article is a good demonstration of how the mind of a conspiracy theorist works - or should I say, doesn't work.


Anatomy of a Paranoid Conspiracy Theory


Assumed nefarious intent:  The thrust of Rawls' article is mainly premised upon an assumption of nefarious intent.  This is one of the markers of conspiracy ideation as described in Recursive Fury.


Let me highlight some of the passages, which are followed by my comment in bold italics, some hyper-linked to explanations:

Rawls: Is John Cook planning to use systematically biased “correct” survey answers to make unbiased skeptics look biased? Sou: The title of his article - suggesting from the outset an assumption of nefarious intent.

Rawls: The likely shenanigan has to do with how the rating rules are applied.  Sou: Assumed nefarious intent.

Rawls: It seems impossible that Cook could actually have gotten large numbers of authors to apply his rating scale to their papers. Sou: Logical fallacy of personal incredulity.

Rawls: Suppose (as is likely) that survey participants who are referred by skeptic websites rate the abstracts accurately according to the instructions while those who are referred by credulous websites misapply the instructions so as to exaggerate the degree of consensus. This misapplication of the rules will bring the ratings of the consensoids closer to the ratings of the authors than the accurate ratings from the skeptics will be, making the consensoid surveyors look less biased than the skeptic surveyors when they are in fact more biased. Mission accomplished.  Sou: Confirmation bias - doubled or maybe tripled, plus unsupported assumptions.

Rawls: Skeptics see the “consensus” as manufactured by 20-plus years of politically allocated funding and ideological bullying. The science itself is extremely uncertain and rife with contra-indications, turning any high degree of conformity in the peer-reviewed literature into a measure of intellectual corruption. Sou: An interesting admission that 'skeptics' generally go with the "climate science is a hoax" conspiracy theory.


Rawls: ...some kind subterfuge is planned, especially since he asked different bloggers to post survey links with different tracking tags without mentioning this in his invitation letter. Sou: Assumed nefarious intent.

Rawls: Okay, there is another likely reason: because politically funded climate science won’t support anything to do with the natural causes of climate change, or the very real damage that even mild global cooling would inflict.  Sou: Strawman fallacy plus assumed nefarious intent.


Rawls: Mr. Cook is welcome to avail himself of this assessment if he thinks it strengthens the case for a genuine scientific consensus. I have a different interpretation. My anecdotal sampling, if it turns out to be representative, strongly supports the skeptical charge that climate science is thoroughly dominated by a tyrannical politically-fabricated and monetarily-enforced “consensus.” Sou: Another admission that Rawls belongs to the "climate science is a hoax" brigade.

Rawls: In all, a clear picture of ideological bullying, self-censorship and rent-seeking, exactly what we should expect from a politically created and controlled branch of science.  Sou: Strawman fallacy.

Rawls: I suspect that Cook is instead planning on using the systematically high author ratings to accuse participants from skeptic blogs of bias for estimating less consensus conformity than the authors themselves. Sou: Unsupported assumption plus more assumed nefarious intent conspiracy ideation.

Rawls: At the same time he can count on participants from credulous blogs to overrate the degree of consensus conformity, making them look less biased and more honest than skeptical participants when they are actually more biased and less honest. Sou: Unsupported statement plus more assumed nefarious intent conspiracy ideation.

Rawls: As we all know, and as Cook would know, there is widespread belief amongst climate alarmists that it is okay to misrepresent specifics in support of the “larger truth” that human impacts on the planet need to be dramatically curtailed. Sou: Unsupported statement.

Rawls: According to the late Stephen Schneider, one of the founding fathers of climate alarmism: Each of us has to decide the right balance between being effective and being honest. Sou: Rawls distorts the statement by cherry-picking a sentence from a longer quote by the esteemed Dr Schneider, which continues with: "I hope that means being both".

Rawls: One indication that he is thinking in this direction is the failure to mention in his invitation letter that different survey links were provided to each invitee. This omission suggests that he was trying to get away with something. In a court of law such behavior is taken as an indicator of “guilty conscience.” So what was his sneaky purpose? Sou: Assumed nefarious intent, big time.

Rawls: This is indicated by the second thing he is not upfront about. He cites what would seem to be a “correct” estimate of what the ratings should be without noting that the self-estimates from the scientific authors are systematically biased vis a vis the survey questions. That extends the pattern of surreptitiousness and it suggests the purpose. Yeah, he was going to use this known-to-be-wrong “correct” rating to make the dishonest ratings from his consensoid compatriots look honest and skeptic ratings look biased. Sou: Wow! Just wow will do here! Super dooper convoluted conspiracy ideation.


I'll just add one excerpt from one of the comments.  After the dissection above and the way Rawls portrays John Cook, it seems to me to be particularly weird:

atheok says:
May 8, 2013 at 10:57 pm  Impressive post Alec!
Still, I believe you are imparting your scientific honor and clarity of intention where it is not deserved nor likely to be demonstrated.
I applaud your professional courtesy towards Cook’s survey; ...

Update: One more.  I couldn't resist this comment :D

With so much angst and navel gazing by the fake sceptics over a straight-forward internet survey, one might jump to the conclusion that they are scared.  Scared that they will be unable to persuade people that global warming isn't really happening and that tens if not hundreds of thousands of scientists from widely disparate scientific disciplines and from all over the globe have managed to align their research findings almost exactly to all point to the same conclusion, and by so doing have perpetrated a giant hoax on the world, that can be traced back nearly 200 years. 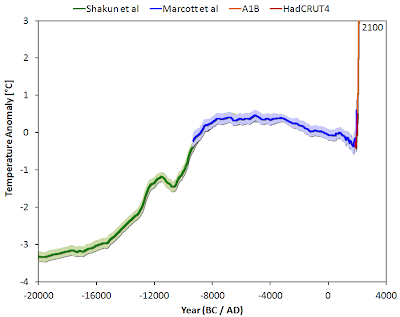