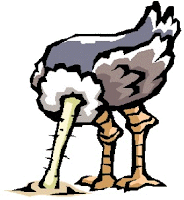 Chelsea Harvey at Washington Post has written about a new paper in Global Environmental Change. Her headline is: "Climate change doubters really aren’t going to like this study", and it seems that at least one science denier doesn't like it. The paper is by Stephan Lewandowsky, Professor at the University of Bristol, Timothy Ballard, Klaus Oberauerd and Rasmus Benestad, a climate scientist. It was a research conducted as a blind test of common claims of climate science deniers, comparing them with science reported by climate scientists.

The blind tests were carried out by disguising the data as something else (like agricultural production figures or population or share market prices or similar) and asking statisticians and economists to check the statements against the data for accuracy. Chelsea Harvey gave this example as a simplified illustration of the test: 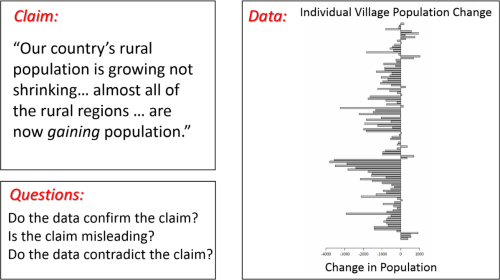 The results showed that the claims of science deniers just don't stack up whereas the statements from climate scientists were consistent with the data.

The researchers went further and asked the test participants to make projections based on the data they were given. In most cases their projections were consistent with scientific projections.


It's trivial to show that the data supports the science, not denier claims


In the Washington Post article, there was a quote from Jonathan Jones, a science denier who hangs about a minor climate conspiracy blog in the UK. It illustrated the veracity of the study results beautifully. He was quoted as saying:

Yep, when scientists' research provides the data and deniers are only intent on denying the data, it's trivial to show that the data supports the consensus and is not supported by deniers. The very word "consensus" implies that there is lots of evidence to support it.

Jonathan went on about deniers wanting to use different data sets:


In reality, many of the real arguments are over precisely which dataset to use (there are several competing datasets for global temperatures) and over which time periods to use (recent trends or longer term trends. 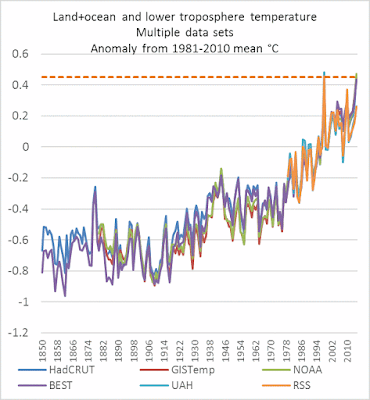 
You'd have to wonder if Jonathan Jones was asked for his reaction as a representative science denier because Chelsea Harvey figured it would validate the study :)


Got an email from Professor Lewandowsky about Jonathan Jones' saying that a problem with the study is the data it chooses to begin with. Stephan Lewandowsky explained that this complaint has no merit:


...we established the representativeness of the scenarios that we used by (a) Google search and (b) the experiment with climate experts in the online supplement. Thus it's not just that we picked 6 scenarios that "worked" but we showed that they are representative of the denialist discourse--in which case the results are, of course, far from trivial.

Economists and statisticians reject contrarian claims about the climate in a blind test - article by Stephan Lewandowsky at Shaping Tomorrow's World
Posted by Sou at 1:53 AM