You've probably already seen how Fiji is being hammered by possibly the strongest cyclone ever to hit it in recent times. Tropical cyclone Winston is a Category 5 storm, and there's no record of Fiji having ever been hit by a category 5 cyclone in the record books. I tried getting onto the website of the Fiji Meteorological Agency but it's slow, which probably isn't surprising given the situation. I don't want to slow it down further, so I'll repost a chart that the ABC got from them three hours ago: 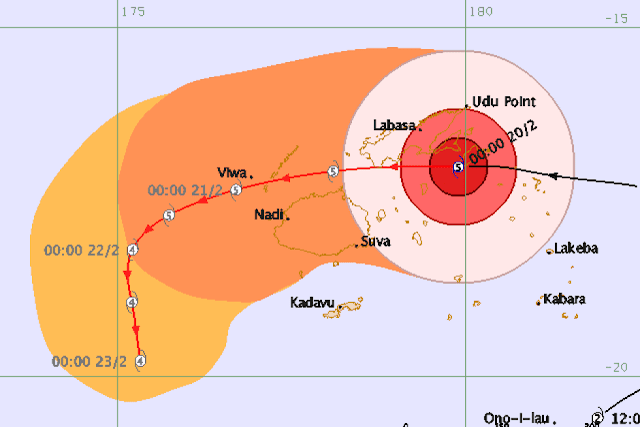 TC Winston is only the eleventh Cat 5 storm in the southern hemisphere east of Australia since 1970. Winds of 165 mph or 266 kph have been reported. I don't know if these are wind guts or sustained wind speeds. For comparison, Yasi was thought to have reached wind gusts of 285 km/h at landfall. Jeff Masters and Bob Henson reported that when it hit the airport at Vanua Balavu, 10 minute wind speeds were around 170 kph (106 mph), suggesting 193 kph (120 mph) one-minute wind speeds.


And in a more recent update:


If you want to know what that feels like, put your hand out of the window when you are driving at 195 mph (315 kph) if you are allowed to drive at that speed anywhere. Be careful, you'll probably lose your hand.


In the article at WeatherUnderground, Jeff Masters and Bob Henson wrote:


Winston is tracking north of its previous forecast track, and is now expected to make landfall on Fiji's second largest island, Vanua Levu, near Nambouwalu at approximately 0600 UTC (1 am EST) Saturday, as a Category 5 storm with 185 mph winds, according to the Joint Typhoon Warning Center (JTWC). This would make Winston the strongest tropical cyclone ever recorded in the South Pacific waters east of Australia.

That seems to have been confirmed in a tweet by Philip Klotzbach a short while ago. I'm not sure if the record applies to the entire southern hemisphere or only the part east of Australia:


The Fiji government has mandated a curfew across all of Fiji from 6:00 pm local time. It has also declared a national disaster from now to 30 days out, according to the ABC. There are 758 evacuation centres.


Here is a photo of Winston from NASA: 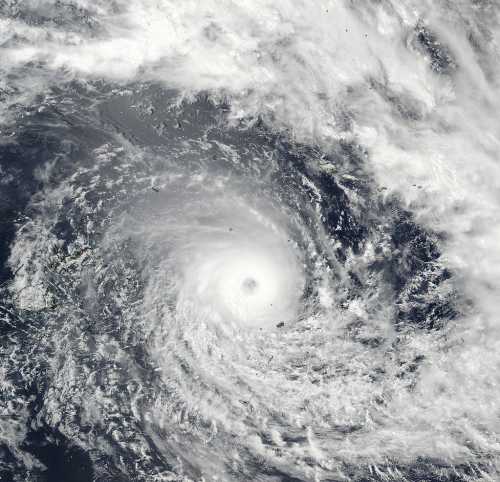 
Here are some early videos just uploaded onto YouTube:


If you're in the path of Winston, do take care and go somewhere safe. It's a monster of a storm.
.
Posted by Sou at 6:20 PM