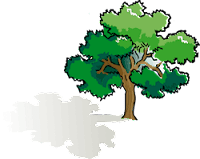 A new paper was published in Nature this week about the increase in global terrestrial gross primary production. Essentially it was about how there is a lot more plant mass on land than there used to be.

The paper was from a team from France, the USA and Finland, led by J. Elliott Campbell from School of Engineering, University of California, Merced. (That should have got deniers gossiping, but it didn't). I don't have a copy of the paper yet, so I won't say too much about the work itself (I'll add more if I can get a copy, if it's much different to what's written below). Update: Got it now, thanks MS and JEC.

What I can say is from the press releases, of which there are two that I'm aware of.

The first is from the University of California, and is the one that Anthony Watts chose to copy and paste on his blog.

The second is from the  Carnegie Institution for Science, the home of one of the other authors, U. Seibt.


Plant matter has been increasing a lot, in line with climate model estimates, but not enough to save us


Piecing together these two press releases with the abstract and supplementary information provided at Nature, the main points can be summarised as follows:

To explain what was done in a bit more detail, this is from one of the press releases:

The team made use of previous work showing that the concentration of the atmospheric trace gas carbonyl sulfide can be used to infer the level of global photosynthesis. They constructed a history of its concentration using air trapped in Antarctic ice and snowpack for centuries, infrared spectra of the atmosphere taken by astronomers since the 1970s, and data from a National Oceanic and Atmospheric Administration greenhouse gas sampling network, which began monitoring carbonyl sulfide in the late 1990s.

The results show that global photosynthesis was stable for hundreds of years before the industrial revolution, but then grew rapidly throughout the 20th century. The recent increases in photosynthesis correlate with the increases in atmospheric carbon dioxide due to fossil fuel burning.

The result is that, up until relatively recent times (pre-industrial revolution), there was little change in the total mass of plants on land. That changed in the twentieth century, during which there has been an explosion of plant matter, with an increase of 31% ± 5%.


Deniers are flustered by facts


Now as you can imagine, this has caused quite a flurry at WUWT. Deniers don't know how to handle conflicting evidence. For example, a common denier meme is that we humans are such puny creatures we cannot hope to have any impact on any aspect of the Earth system. Some deniers will even try to tell you that there's been no real increase in atmospheric CO2, or that if there is the 44% increase is so tiny it cannot make a difference. Yet it's also common for deniers to argue that an increase in CO2 is good, because CO2 is plant food.


No cause attributed, but the reasons should be obvious


I should point out that the authors do not attribute the growth in plant matter to any single cause, at least not in the first page of the paper, nor the supplementary information. The only references to causation are in the press releases:

From the Carnegie Science press release, there was a general statement of fact, provided to give some context to the paper. As far as I know, it's not from the paper itself:


Just as plants in actual glass greenhouses grow faster and more profusely when provided with elevated levels of CO2, plants in natural ecosystems have been expected to grow faster as the concentration of CO2 in the global atmosphere increases. At the global scale, this effect could offer some stability to the climate system by countering increased human emissions of CO2.


From the U California press release:


The research did not identify the cause of the increased photosynthesis, but computer models have shown several processes that could, together, create such a large change in global plant growth.

The leading candidates are rising atmospheric CO2 levels, a result of emissions from human activities; longer growing seasons, a result of climate change caused by CO2 emissions; and nitrogen pollution, another result of fossil fuel combustion and agriculture.

The strain is showing at WUWT


Now this is where you can see the toll being taken on Anthony Watts. He's been copying and pasting and publishing guest posts showing how climate change is real, and happening, and has consequences. He even put up two articles, both from his most extreme conspiracy nutters, who each said that Professor Mann won the show at a recent Lamar Smith hearing the other day.

Here is evidence that Anthony is all of a fluster. He responded to this comment from Nick Stokes (of Moyhu fame).

The research did not identify the cause of the increased photosynthesis, but computer models have shown several processes that could, together, create such a large change in global plant growth.

The leading candidates are rising atmospheric CO2 levels, a result of emissions from human activities; longer growing seasons, a result of climate change caused by CO2 emissions; and nitrogen pollution, another result of fossil fuel combustion and agriculture.

Anthony Watts' reply shows that he didn't bother to read Nick's comment, he was too busy trying to justify his stretch of a headline.

Leading candidate…that’s a suggestion, tough noogies if you don’t agree with it, but I think the researchers are like you; they don’t like to look at positive aspects of CO2 enrichment of the atmosphere…its just all bad, all the time, hence the other language.

Notice how Anthony did two things that were quite weird:

There's more. While writing this article, Anthony was clearly all het up and decided that the two press releases were in conflict with each other. They aren't. His headline from his second article was:

Dueling press releases: Plants have been helping to offset climate change, but now it’s up to us

Underneath his headline and above his next copy and paste (from the Carnegie Science press release I mentioned above), Anthony wrote:

What's different? Well I'll leave that to you to determine. There are some differences, but they are only emphasising different aspects of the study and the implications. They most certainly do not conflict with or contradict each other.

I suspect, but it's only a suspicion mind you, that what Anthony didn't like was the second press release pointing out two things in particular. The first is that it confirmed climate model estimates of primary plant production changes. The second is the point encapsulated in this quote - that we can't rely on plant sinks to suck up all our waste CO2:

“It may be tempting to interpret these results as evidence that Earth’s dynamics are responding in a way that will naturally stabilize CO2 concentrations and climate,” Berry added. “But the real message is that the increase in photosynthesis has not been large enough to compensate for the burning of fossil fuels. Nature’s brakes are not up to the job. So now it’s up to us to figure out how to reduce the CO2 concentration in the atmosphere.”

PS - Once again, Anthony Watts didn't link to either press release. In his first article, he did provide a link to the paper in Nature.


Roger Dewhurst didn't show much comprehension when he wrote this thought:


April 5, 2017 at 7:40 pm
These are warmist, greenie wets looking for anything that limits the benefits.


higley7 lives with the fairies and rejects all scientific observations and evidence:


April 5, 2017 at 8:36 pm
“Plant photosynthesis was stable for hundreds of years before the industrial revolution, but grew rapidly in the 20th century,”
First line, first lie. Atmospheric CO2 has NOT been constant for the last 200 years until the 1950s when it is claimed that it started to rise. 80,000 direct chemical bottle CO2 readings show that CO2 goes up and down over the years, high during two periods in the 1800s and the 1940s, following the 1938 temperature peak and much higher than now.
These people may have done some otherwise good science, but when they take AGW-related data on faith, they are bound to make food of themselves. 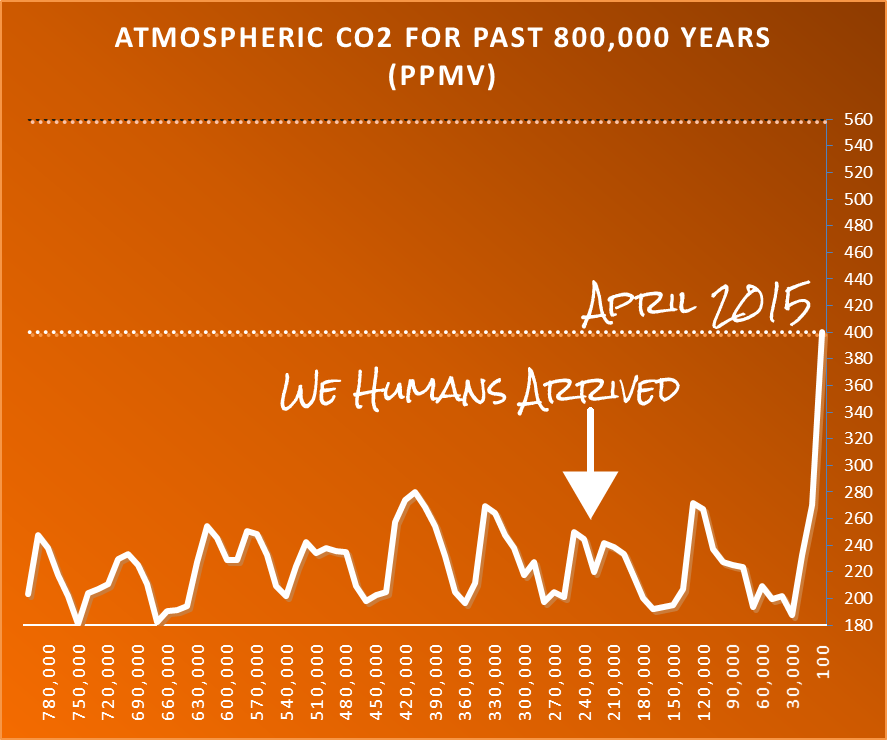 
April 5, 2017 at 4:21 pm
The crew with this study felt a need to genuflect to the global warming is bad theme, despite any evidence.


Maybe I was wrong about the parts that Anthony didn't like, or maybe this is more evidence that he didn't read his press releases properly. David A didn't read them properly. He didn't even read his own selected quote properly. David extrapolated, and didn't accept that even if plant matter continued to increase at the same rate, it's not enough to stop atmospheric CO2 from rising (obviously), and therefore global warming will continue.


April 5, 2017 at 7:24 pm
Indeed;
“Unfortunately, CO2 emissions from fossil fuel burning overwhelm any uptake by plants.”
Lets see, every crop in the planet grows ( excluding other factors increasing plant growth) about 20 percent more food on the SAME land mass with NO ADDITIONAL water required. Plants are also more drought and heat resistant. Growing acerage increases. And this increase in productivity will continue to increase as CO2 continues to grow. Why is this unfortunate???


He's also wrong and, typical of deniers, relies on argument by assertion with no evidence.

That's enough. The people who gather at WUWT are immensely stupid when it comes to climate change. Some of them might function (to a point) in real life, but their brains turn to mush when faced with science.