US-centred climate change denial from the desperate deniers at WUWT 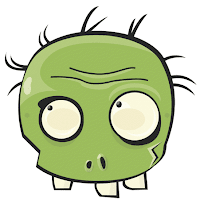 While the distinctly unpresidential Donald Trump is desperate to deny he's in Putin's pocket, his zombie acolytes at WUWT are desperate to deny the world is warming. So much so that they are trying to deny that the weather lately has been quite extraordinary.

There are fires raging in Greece, where at least 74 people are feared dead. There has been a killer heatwave in Japan that broke high temperature records, has claimed at least 77 lives and sent more than 30,000 people to hospital. This follows the tragically disastrous floods that killed upwards of 200 people. Then there was the horrific tragedy in Laos, where monsoon rains led to 5 billion cubic metres of water flowing from a busted new hydro dam, killing who knows how many people and with hundreds missing and leaving 6,600 people homeless. (If the evacuation notice had not been sent out in advance the tragedy may have been even worse.)

In Sweden, which is suffering the worst drought since records began, there are terrible wildfires. In fact, much of Western Europe is facing yet another summer heatwave. In the far north of Finland, of all places, the temperature reached 34.3 C (94 F) the other day!


Deniers mainly live in the USA because it's mandatory in that country to reject science if you want to claim rights to being ideologically uber-right wing. Australia has more than its share of science deniers too, but right wing political parties don't make it compulsory here. (All major and most minor political parties in Australia accept climate science.) Another thing to note is that US-based deniers are generally ignorant of the rest of the world, more so than most people living in developed countries. They are ignorant about climate change, too, despite their evidence-free proclamations they know more about science than scientists do. It's a deliberate choice deniers have made. They tend to be numerically-challenged and logic-deficient as well, but that's another story, or two, or a zillion. All these disabilities make them chumps for the sort of misinformation fed to them on conspiracy blogs such as WUWT.

The latest bit of fudge comes from one of Anthony Watts' pet disinformers, a chap called Larry Hamlin. In his article (you might prefer the cached version), Larry tries, and largely succeeds by all the comments, to convince WUWT diehards that the recent hot weather isn't detectable as climate change. He's picked up on an article by Steve Lopez in the LA Times about the recent hot weather in California.

The LA Times article is, as expected, full of caveats, such as:


Global warming can’t be proved or accurately charted over such narrow time spans, and natural weather variability is always a factor in changes we notice. But the vast majority of legitimate scientists have no doubt we’re cooking the planet, citing, among other markers, that severe heat is greater in frequency and intensity.

What misinformer Larry found fault with in the article was a chart showing how the temperature in LA was quite a bit hotter than some historical average over the 12 months from January 17 to January 18. (The article doesn't say what the historical is average of, which is a pity.)

Anyway, Larry didn't write anything much about any 12 month historical average. Instead he went off on a tangent to NOAA and picked out the monthly maximum temperatures just for June. He compiled a list of the Junes having the highest daytime temperatures in the USA and for California. He wasn't interested in, or maybe didn't want readers to think about, the nights getting warmer, which makes heatwaves so much more dangerous. (This is discussed in a Time article from 2016.)


To add some context to Larry's mischief, I thought it might be an idea to compare his very hot years using global maps of temperature.

This first one is comparing June 1933 with June 2018, because Larry said that June 1933 was the hottest June on record in the USA. Use your mouse to move the scroll bar to the right to compare temperatures in June 1933 with those this June.


In 1933 it was certainly a hot June in the USA but look at the rest of the world. How on earth did it get so hot everywhere else this year? It's called global warming for good reason.

What about the hottest year in California, which Larry found was in 1918. You can see for yourself (again, move the arrow to reveal 2018):

The map shows that California did have a warm June way back in 1918. By contrast, most of the rest of the world was rather chilly compared to June this year.

How about June 1988, which Larry found was the second hottest June in the USA. Take a look.


Getting warmer as expected, but still nothing like as hot as this past June overall all the world.

Larry found that 1960 was the third hottest June in California, after June 2015 (which was the hottest June on record, globally).


Well 1960 was a bit of a fizzer of a June, wasn't it. It might have been a bit warm in California, but nowhere else except for a couple of isolated places. Most of the USA was decidedly on the cool side that year.


Junes are heating up all over


In case you've been living like a hermit for the past forty years, I'll tell you right now that this June was pretty warm as you'd expect, but it didn't break a global record. You could even say it wasn't anything special and, for sure, will be viewed as much less special in coming years as the world continues to heat up. The dubious honour of "hottest June on record" belongs to June 2015, which just inched out June 2016, which in turn was just a tad hotter than June 1998 and the equally hot June 2018.


Figure 3 | Global mean surface temperature anomaly for the the month of June only. The base period is 1951-1980. Data source: GISS NASA


Babies and the senile might not have noticed climate change


If you're younger than ten years of age you might not have noticed that it's getting hotter as time goes on. You would never have known a year as cold as the average for the twentieth century. Larry isn't writing for ten-year-olds. WUWT-ers despise the youth of today, mostly because younger people are educated about climate change unlike the nutty conspiracy theorists who inhabit WUWT.

The average age of WUWT-ers is probably around 75 so you'd think that someone there would have noticed the world getting warmer. Perhaps senility is dulling their brains. (What else could it be? ha ha)


It's probably fair to say that most of those commenting at WUWT didn't bother reading the article Larry mentioned. It's not clear that Larry read it beyond the chart he copied and pasted. Here's a sample of comments;

chris riley is a conspiracy theorist who thinks climate science is a hoax. He's also a Trumpkin from the look of things, which explains a lot.


July 24, 2018 1:15 am
I think that this is a con that is about played out. I don’t hear anyone talking about “Global Warming” anymore. I suspect they have moved over to getting rid of Trump and importing as many low skilled people into the country as possible.
The goal has not changed , only the vehicle used to reach the dystopia.


This Bloke down the pub is a regular at WUWT, which also explains why he's a climate conspiracy theorist.


July 24, 2018 2:01 am
The more hysterical the alarmist claims get, the more they’ll be looked at disdainfully by the general population when shown to be a complete crock.


Steven Fraser meets at least one of the criteria for conspiracy ideation with his "something must be wrong". Perhaps he only visits WUWT, lives in a cave, and doesn't know that the world has been warming for decades now.


Sheri sums up WUWT rather well, don't you think?