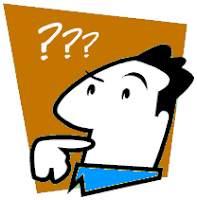 Judith Curry, who used to be a scientist and is now science denier, has asked a question: "How can the fundamental disagreement about the causes of climate change be most effectively communicated?"

Nor does she explain what she thinks the fundamental disagreement is over, although she hints in a mockup of a slide that she thinks something other than the massive increase in CO2 is causing global warming. What that is only she knows, or doesn't. If she does she isn't saying, which is typical of deniers.


Like most deniers, Judith loves to waffle. For example, she wrote about what she calls "climate chaos" and CO2 being a "small wedge that projects onto these modes". By "these modes" she was referring to "climate chaos is noise that averages out". If anyone thinks they can make some sense of this, please take a shot.


Tip 1: Stick to the science


Here's a tip for Judith. Skip the right hand side and expand on the left hand side. She got some of the left hand side of her slide right. Most of the recent warming is caused by the increase in CO2. CO2 forcing is amplified by the increase in water vapour. It's a simplified explanation but not bad for a novice. The thing is, climate isn't chaotic as in unpredictable, it's weather that's chaotic. Weather can only be predicted a few days out. Climate defines the boundaries of the weather (rain, dry periods, temperature, wind etc.). Climate might seem chaotic, to some people, while it's changing because those boundaries are changing, but that's what climate change is all about.


Another thing Judith might try is to wait and see what Scott Pruitt tells the judge. The EPA has been ordered to provide the documentation on which Pruitt relied when he said that CO2 isn't the main factor driving global warming.


Science is too complicated for Judith Curry


I think Judith's trying to get away from her uncertainty meme and shift to an argument that "it's all too complicated and hard". She noticed that some people at her second favourite blog, WUWT, criticised her for being too wimpy and uncertain. She made excuses, basically saying that this is based on a US government hearing at which she and Michael Mann were quizzed. She was basically saying that the Democrats on the panel knew enough science to ask good questions of Mann, implying that the Republicans on the panel were all gooses and couldn't think of any science to put to her.

The fact people criticised her for being too uncertain isn't surprising. Her main claim to fame is that she used to be a climate scientist so people expect her to have some understanding of climate and say what she does know, not tell everyone how she still doesn't know anything.


What scientists say and what people hear


From what I gather, Judith hasn't quite grasped what a scientist means when they talk about uncertainty. It's understandable that people who've never studied science don't know what it means as scientific jargon. There are lots of terms used in science that lay people use differently. Here's a sample from a paper by Richard CJ Somerville and Susan Joy Hassol:


Susan Hassol says she now has 150 words used by scientists that may be expressed differently so the public can better understand what is being said.

Judith got a lot of tips. 552 at last count. They included a lesson in chaos theory from a denier, with some amusing results; advice on further reading (Sun Tzu); and the predictable CO2 causes nothing and scientific research is a waste of time. I expect that comment made Judith wonder if she'd wasted her entire working life. Then again, that's the sort of response she encourages on her denier blog.

If you've got a tip for Judith about how to best toss "it's all too complicated for me" onto a single slide, post it below in the comments.