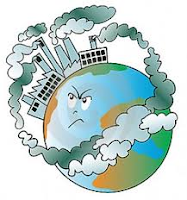 It's dangerous making promises. The risk is that they can't be kept, so I'll be careful. As you might have guessed, I've found it very difficult to find the time to write blog articles these past few weeks. This less than normal frequency of articles will most likely continue until June.

The frustration is that there is so much to write about at the moment.


You'll have heard about the death and demise of much of the Great Barrier Reef, with yet another bleaching event happening now. There was a paper in Nature a short while ago, which was about recurrent bleaching that's happening with global warming. The only solution is to stop it. Stop our destructive warming that is.


To be purely selfish, from a human perspective, coral bleaching will reduce the food from the oceans. We're also going to have a battle getting enough food from the land. You might have picked up on an important paper about how wheat yield improvements from plant breeding peaked almost 30 years ago, and how it's only through the ingenuity of farmers and researchers that yields haven't dropped yet.

There's a whole lot more that we're learning about, too, yet some governments are doing all they can to make it worse. In the USA, Donald Trump and various republican politicians want to stop science, kill off sick people, disallow insurance against accidents and emergencies, deprive rural communities of transport, arts and culture, and cripple world trade. In Australia, Malcolm Turnbull wants to incite racial tensions, build a big bad coal mining facility (hastening the death of the Great Barrier Reef), and do something (though goodness knows what) to the Snowy Mountains hydro setup.

Deniers are getting even sillier as time goes by. They are claiming the worst of them as 'heroes', and calling incontrovertible evidence (easily seen and photographed) "fake". What will they be saying when water disappears. Or when their favourite food runs out - not just in places distant to them, but right there in their own supermarket?

In other words, there is a whole heap of material just waiting for HotWhopper to write about. It will come. It will be in dribs and drabs for the next few weeks but hopefully presented in an interesting way.
Posted by Sou at 3:58 PM