Everything climate disinformation from the climate conspiracy-theorists at WattsUpWithThat 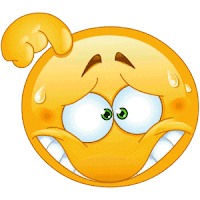 Anthony Watts has set up a new website for climate disinformers and wilful deniers. (H/t CJ in the comments here at HotWhopper.)

His disinformation website is called Everything Climate. Translating its stated aim from denier-speak, it is to hook people who aren't yet knowledgeable about climate to recruit them as conspiracy theorists for the climate disinformation cult.

Questionable claims from the outset

Anthony Watts is known in climate science denier circles as a climate science disinformer and conspiracy theorist. True to form, he made a number of questionable claims in his introductory article. He wrote "We have four categories at the moment, and a few dozen sub-titles covering specific claims/arguments that are commonly in the news and are contentious."  The bit about "a few dozen sub-titles" is weird, because I can only see 23 articles. I've no idea what the "few dozen sub-titles" relate to. As for the topics he claims are all contentious, some of them are so well-established they are indisputable, some are the topic of active scientific research, and some are strawmen (i.e. the Everything Climate topic is not a claim or argument in scientific circles).

Anthony claimed he "wanted a site that was entirely a factual website", and has failed badly right from the word go. Apparently it took himself and (probably mostly) Charles Rotter "months" to get it up and running. I guess they must have had too many other things going on over the past year because that's a helluva long time to get such a piddly little website up and running.

Driven by jealousy? Competing with his employer, the Heartland Institute?

His decision months ago was probably because he was peeved at how a teenage denier from Germany stole his thunder at the Heartland Institute. (She reportedly only lasted there around 3 months before disappearing, deciding to not renew her three month contract with Heartland.)

Anthony is going head to head in competition with his recent employer, the Heartland Institute. His new disinformation website is modeled on that teenage deniers website, which was ostensibly set up by her in the short time she was employed by Heartland. It's a lookalike. WUWT's Everything Climate doesn't cover anything near the amount of science denial put up on the Heartland website, though. It's a pale imitation.

WUWT is taking tips from Skeptical Science. Will it backfire?

There are several simple techniques to avoid the familiarity backfire effect. First, put the emphasis on the facts rather than the myth. Lead with the science you wish to communicate rather than the myth. Unfortunately, most debunking articles take the worst possible approach: repeat the myth in the headline.

Third, explain the fallacy that the myth uses to distort the facts. This gives people the ability to reconcile the facts with the myth. A useful framework for identifying fallacies is the five characteristics of science denial (which includes a number of characteristics, particularly under logical fallacies): Pulling this all together, if you debunk misinformation with an article, presentation or even in casual conversation, try to lead with a sticky fact. Before you mention the myth, warn people that you’re about to mention a myth. Then explain the fallacy that the myth uses to distort the facts.

What Anthony has picked up from Skeptical Science is to emphasise the false claim right up front to try to get it embedded in readers' minds. He does this through sub-headings. For example, everyone knows by now (or should know) that it's the greenhouse effect that keeps our planet at a liveable temperature. By increasing greenhouse gases at an alarming rate, we're making the planet much, much hotter.

Anthony Watts and Charles Rotter don't want you to believe this well-known fact, so to try to get readers to wrongly think the greenhouse effect isn't real, they wrote "Most Observed Warming is Natural" as a sub-heading. It's ridiculous and hardly pushed by even the most ardent of deniers anymore. Their myth barely rates at Skeptical Science these days. The popularity among deniers of their "it's natural" argument is now way down the scale at number 56. No-one but a Climate Disinformer would make that false claim and no-one except a Wilful Denier would "believe" them.

On the other hand, if you go to the topic detail, he puts what he terms the "pro" case first, which he took from science sources, followed by the big Con (ha ha) which is the conspiracy theorist version. So maybe he wasn't paying attention after all.

Everything climate disinformation has already been debunked

His new website doesn't allow comments or discussion on the site itself, so you'll need to go elsewhere to find out the real situation. I won't bother going through each bit of disinformation for now. If you haven't come across a topic at "Everything Climate" before I suggest you look at denier myths at Skeptical Science.

You can also use the search bar here at HotWhopper (up on the right in the sidebar). Although I've not published much these past few months, from what I can see, Anthony Watts' Everything Climate disinformation website is just a rehash of tired old debunked memes so the chances are, if you look up a topic, you'll find I've written something about it.