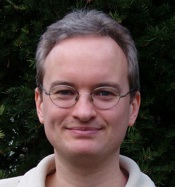 Victor Venema died earlier this month. His friends, colleagues and everyone who knew of him were shocked and felt an immense sadness when his friend and colleague, Frank Sonntag, let us know.

Victor Venema was a climate scientist in the Meteorological Institute, University of Bonn, Germany. His main scientific interest was in the variability of data in complex systems. In particular, the study of variability in weather data and homogenization. In his own words (archived):

"At the moment most of my work and this blog is about the removal of non-climatic changes (variability) from historical stations data, which is called homogenization."

Dr Venema contributed to climate science on many fronts beyond the university. He was an advocate for open science, inclusivity in science, scientific communication and bringing science to the general public. He did not merely advocate for change, he helped make change. He was active in various roles with the World Meteorological Organisation (WMO) over many years. He was Chair of the Parallel Observations Science Team (POST) of the International Surface Temperature Initiative (ISTI) and a member of the ISTI Benchmarking and Assessment working group. He was also prolific online, including with Climate Feedback and Hypothesis, a web tool that enabled experts and others to comment on articles published on the web. He was very keen to overcome language and other barriers including through GrassRoots Journals and the Translate Science initiative. (I've probably left out many of his contributions and achievements.)

Victor was a keen observer of behaviour on social media. On occasion he referred to some aspects as "toxic", particularly on Twitter and on climate science denial blogs. Once again, he wasn't just talk. Together with Frank Sonntag, he set up an instance for scientists at Mastodon, FediScience.org.

Victor was a wonderful science communicator. He was able to explain otherwise difficult concepts in ways that everyone, scientist or not, could understand. It was Eli Rabbet on RabbetRun who first introduced me to his blog. It was hard to resist his wit, perspicacity and disdain of efforts from deniers to claim that climate science is a hoax. Back in 2012, Victor wrote an article "Blog review of the Watts et al. (2012) manuscript on surface temperature trends". He also wrote a blog article on one of the points science deniers seemed unable to understand with weather data, "A short introduction to the time of observation bias and its correction." (Watts later promised a rebuttal to his own paper, which has yet to see the light of day.)

Victor was a regular commenter at HotWhopper almost from its beginning. He supported my efforts publicly and in private over many years. We shared the same sense of humour. Victor was a valued friend to me and to many, many people. (See also the tribute at ATTP - ...and Then There's Physics.) His death is a great loss to me personally, to climate science, to science in general, and to the world at large.

In his most recent blog post, Victor wrote: "Dying is naturally not nice for the ones you leave behind." It is not nice at all, particularly with someone young who gave so much to so many. His work doing and explaining science and making science open and more inclusive will endure.

Post script: Tributes to Victor Venema may be posted to a condolence website set up by his family.